{For Africa to provide jobs and feed its growing population, it needs energy and tractors to build a robust agricultural-manufacturing sector. Africa’s population is expected to double to 2.4 billion by 2050. If African nations massively invest NOW in infrastructure and industrialize their economies, the African continent can become the center of the world economy in two generations.}

Oct. 8, 2018– The {Frankfurter Allgemeine Zeitung}-(FAZ) has discovered that agricultural output in African countries would be much higher if the farmers there had tractors to work their land, instead of using wooden ploughs and oxen to pull them. The output would be five to ten times higher, experts told {FAZ}. Swiss globalization critic Jean Ziegler said already in 2013 that the entire African continent had only 85,000 tractors in 2011, while Germany alone had almost 2 million tractors.

One problem faced by African farmers is that, with their miserable income, they cannot afford to buy tractors and other agricultural machinery on the world markets; not even the simple tractor models produced by Brazil’s AGCO, which have no fancy equipment and no GPS and cost only $10,000. Another problem is that tractors need diesel fuel, which is not available in such volumes in most parts of Africa because the transportation and storage infrastructure isn’t there. 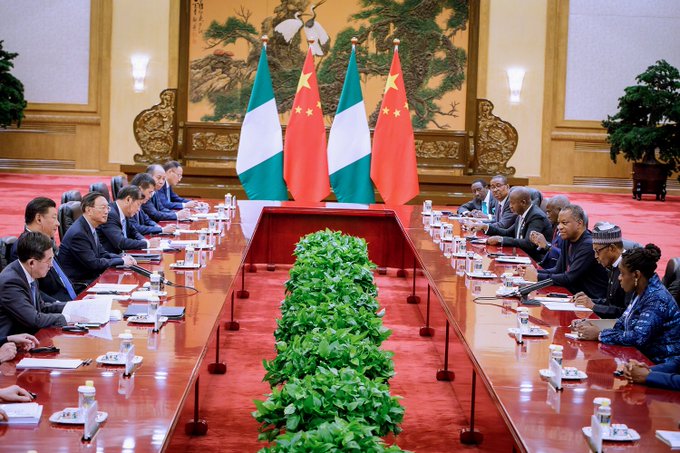 Plans to build a 3GW hydropower complex on the Donga River in eastern Nigeria, which have been under discussion since 1972, were given a boost last week when President Xi Jinping of China announced his support for the project.

The Chinese leader was speaking in response to a request for help from President Buhari of Nigeria, who has made the construction of the scheme, on the Mambilla plateau in Taraba State, a key priority of his government.

Buhari said in a tweet: “I told President Xi that the Mambilla Hydropower Plant is Nigeria’s equivalent of China’s Three Gorges Dam, and that our hope is to fund the project with concessionary loans from China.